I’m a sucker for all things British. And I always have been: memorizing the full list of England’s monarchs as a ten-year-old, saving up money from summer jobs in high school for a plane ticket to London (it went towards college, instead), and--as a high school sophomore--betting that I could retain a Scottish accent for an entire month (I lasted, and not very convincingly, for just one afternoon).
Even today--having attended Oxford for two quarters abroad, graduated with a Master’s from Cambridge, and suffered through the wettest year on record in a drafty, North London flat--my anglophilia remains unbridled.
I think the psychology goes something like this:

For Americans (or, at least for me) Britain represents a sort of an alternative universe. We share the same language (arguably), and our histories have a way of overlapping (“our” being a significant stretch for this Californian descendant of Swiss Mennonites, hardscrabble Texans, and Ukrainian and Latvian Jews). Our differences are noticeable, but slight, so that they take on more significance in comparison (while or whilst, underwear or pants, and traffic left or right).

And Britain is old … old in a way that shakes the full cultural family tree. That those kings and queens and knights really lived and died there, and that their battles and plots and power struggles really all occurred, gives a certain legitimacy to a story set in Britain’s past, and a special kind of thrill. I know I’m not alone among my fellow Yanks--it’s a fascination as common as it is bewildering to my friends across the Pond. And that is why I’ve had so much fun writing Samantha Sutton and the Winter of the Warrior Queen.

The plot is an adventure story, to be sure, but the context that I’ve placed it in is real. Samantha confronts real Cambridge customs, ducks and hides through real medieval alleyways, and runs for her life across real English fields and downs. Working with her archaeologist uncle, she uncovers real artifacts, from a real site, where a real Warrior Queen may once have ruled.


Writing this one felt a bit like cheating. It’s just my anglophilia,distilled. 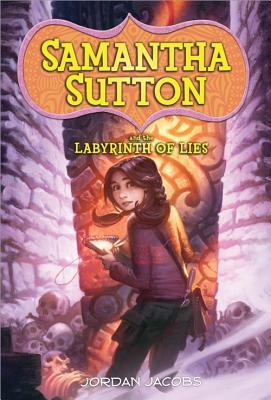