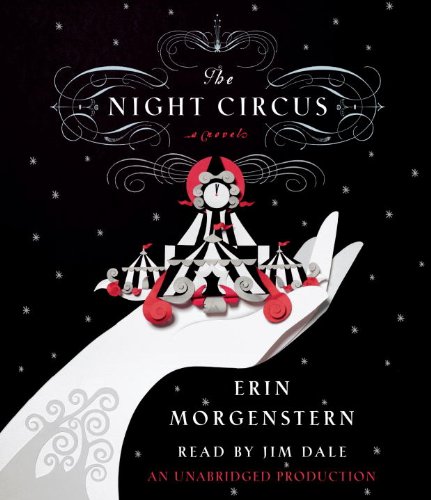 Summmary-
The circus arrives without warning. No announcements precede it. It is simply there, when yesterday it was not. Within the black-and-white striped canvas tents is an utterly unique experience full of breathtaking amazements. It is called Le Cirque des Rêves, and it is only open at night.
But behind the scenes, a fierce competition is underway—a duel between two young magicians, Celia and Marco, who have been trained since childhood expressly for this purpose by their mercurial instructors. Unbeknownst to them, this is a game in which only one can be left standing, and the circus is but the stage for a remarkable battle of imagination and will. Despite themselves, however, Celia and Marco tumble headfirst into love—a deep, magical love that makes the lights flicker and the room grow warm whenever they so much as brush hands.
True love or not, the game must play out, and the fates of everyone involved, from the cast of extraordinary circus per­formers to the patrons, hang in the balance, suspended as precariously as the daring acrobats overhead.
Written in rich, seductive prose, this spell-casting novel is a feast for the senses and the heart.

Review-
This audiobook totally AWED me. The descriptive writing and the narrative reading made this book like a dreamy adventure for me. The first part of it I kind of got lost a little bit but once i caught up it was a magical and dreamy romance that i became engrossed in. The romance in this is a romance that every little girl dreams of. Marco is just a dreamy and swoony guy who could take my breath away. I truely felt as though he was romancing ME. Celia is a strong character who stands up for herself against her father for the love that she desires with all her heart. I am truely an admirer of that. The story is set in a time when things were simple and magic was known as trickery. It makes for a great story.
The love story between Marco and Celia is magical and true. They would sacrifice everything about themselves to save the other and that is the type of stories we dream about as children.  I felt as I was the one falling in love!
The scenes are told with such vivid description that i felt as though i was actually there. I felt like i was in a dream.
I LOVED this book. I'm not sure i would have loved it so much without the narrator Jim Dale. He reads it with such in depth tones that i was swooped away with his voice. I became so comfortable with his voice that once i settled down into the story that i didn't want to turn it off. I even fell asleep listening to it last night and i haven't done that with any other audio book. He has that kind of soothing voice. Well done Jim SO WELL DONE! I'm not sure someone else could have pulled this book off. He was the perfect choice for this book!
Erin Morgenstern is an author to watch. Her story telling is phenomenal. It is so appropriately told for that time era. The dialogue is breathtaking as are the dreams that the story unfolds. I will be watching for other books by her and hope that her magic continues in other books. I hope to someday revisit Marco,Celia. Widget and Poppins and all the other characters of the circus. If the next book that revisits this circus, I would stand in the rain to get it. Bravo to Ms.Morgenstern BRAVO!!!!!