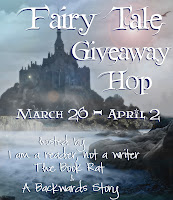 His eyes, Katsa had never seen such eyes. One was silver, and the other, gold. They glowed in his sun-darkened face, uneven, and strange. She was surprised that they hadn't shone in the darkness of their first meeting. They didn't seem human....
Then he raised his eyebrows a hair, and his mouth shifted into the hint of a smirk. He nodded at her, just barely, and it released her from her spell.
Cocky, she thought. Cocky and arrogant, this one, and that was all there was to make of him. Whatever game he was playing, if he expected her to join him he would be disappointed.
In a world where people born with an extreme skill—called a Grace—are feared and exploited, Katsa carries the burden of the skill even she despises: the Grace of killing. She lives under the command of her uncle Randa, King of the Middluns, and is expected to execute his dirty work, punishing and torturing anyone who displeases him.
When she first meets Prince Po, who is Graced with combat skills, Katsa has no hint of how her life is about to change.
She never expects to become Po's friend.
She never expects to learn a new truth about her own Grace—or about a terrible secret that lies hidden far away...a secret that could destroy all seven kingdoms with words alone.
a Rafflecopter giveaway