Summary-
Ridley Heller thought that all her problems would be over if she could have Bo back; back from the dead. But what Ridley didn't know was that her wish would come at a price.
Bo survived a condition that would have killed a lesser vampire, or any vampire for that matter. The only reason he didn't die is because of who he is, someone Ridley doesn't know at all. Someone Bo himself doesn't know at all.
As Ridley gets closer to finding out Bo's true identity, she discovers that loving him could also come at a price, a price much higher than she ever could have imagined. The question is: is there any such thing as a price too high to pay for Bo? For his love, for his safety, for eternity in his arms?
Thanks to the author for sponsoring our giveaway!!!
Read more »
Posted by Read for your future! at 12:57 AM 4 comments: 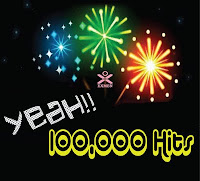 Email ThisBlogThis!Share to TwitterShare to FacebookShare to Pinterest
Labels: giveaway

Review: Loss (Riders of the Apocalypse #3) by Jackie Morse Kessler

Summary-
Fifteen-year-old Billy Ballard is the kid that everyone picks on, from the school bullies to the teachers. But things change drastically when Death tells Billy he must stand in as Pestilence, the White Rider of the Apocalypse. Now armed with a Bow that allows him to strike with disease from a distance, Billy lashes out at his tormentors...and accidentally causes an outbreak of meningitis. Horrified by his actions, Billy begs Death to take back the Bow. For that to happen, says Death, Billy must track down the real White Rider—who is lost in his memories.
In his search, Billy travels through White Rider’s life: from ancient Phrygia, where the man called King Mita agrees to wear the White Rider’s Crown, to Sherwood Forest, where Pestilence figures out how to cheat Death; from the docks of Alexandria, where cartons of infested grain are being packed onto a ship that will carry the plague, to the Children’s Crusade in France—all the way to what may be the end of the world. When Billy finally finds the White Rider, the teen convinces the man to return to the real world.
But now the insane White Rider plans to unleash something awful on humanity—something that could make the Black Death look like a summer cold. Billy has a choice: he can live his life and pretend he doesn’t know what’s coming, or he can challenge the White Rider for his Crown. Does one bullied teenager have the strength to stand his ground—and the courage to save the world?
Review-

When I started reading this book I had no idea it was part of a series. It is a very stand alone read. Now, I can not wait to get my hands on the previous two books. The main character is a shy and bullied teenager. You feel instant empathy and heartache for him and his plight. You also feel white-hot anger towards his tormentors. This is a real and all to common problem for today's youth. Sometimes, the adults who are supposed to be in control, often look the other way. However. our young main character takes all this in stride. I have never read a book quite like this one. I like the way the Author handles this difficult topic. The plot does have a ʺsilver liningʺ of sorts. All the torture stops when the teen finds out what and who he really is. Then a whole new set of problems begin. In the end it all works out. This book will pull at your heart strings and open your eyes. A very impressionable read.
Publisher-Graphia
Reviwers Rating: 4.5 Stars
Reviewed by~Mechele

Summary-
Gwyneth Shepherd's sophisticated, beautiful cousin Charlotte has been prepared her entire life for traveling through time. But unexpectedly, it is Gwyneth, who in the middle of class takes a sudden spin to a different era!
Gwyneth must now unearth the mystery of why her mother would lie about her birth date to ward off suspicion about her ability, brush up on her history, and work with Gideon--the time traveler from a similarly gifted family that passes the gene through its male line, and whose presence becomes, in time, less insufferable and more essential. Together, Gwyneth and Gideon journey through time to discover who, in the 18th century and in contemporary London, they can trust.

Review-
At first I thought, ʺoh Great!, another time travelerʺ. I was definitely surprised and impressed!! Not only is this book unlike others with the same storyline, it's actually a very entertaining read. The main characters starts out to be the underdog of sorts, which had me rooting for her from the beginning. She's not the normal stuck-up, snobbish, annoying teenager. The storyline is full of exciting twists & turns around every new adventure to the past. The way the Author created the co-existence between present and past blends wonderfully. She intertwines them instead of smashing them together. This was a fun and often times hilarious read. I can not wait to read the others in this Trilogy.

~Thank you to the publisher for the donation of this book to the Read for your Future book program!~
Read more »
Posted by Read for your future! at 12:24 PM No comments:

Review: Flame of Surrender (The Ferryman and the Flame #1) by Rhiannon Paille

/'
Summary-
Kaliel and Krishani weren't meant to meet or fall in love but they did. Krishani’s dreams of death lead him to a fate he’s terrified of - becoming the next Ferryman. His only refuge is Kaliel, the peculiar girl that swims with merfolk and talks to trees. Kaliel has a secret of her own. She’s the Amethyst Flame, one of nine apocalyptic weapons. The Valtanyana will destroy everything on Avristar to get to her. Kaliel has to choose: face them, hide or unleash the Flame.
How far would you go to save everything you ever loved?
Review-
A highly imaginative world to read about. The book is filled the fantastically beautiful descriptions of the characters and their surroundings. I must say, it does start off a little slow. After the first few chapters though, I was completely emerged in their world. The main characters are easy to identify with and very endearing. The Love story that unfolds within the pages will take your heart to a new plateau. The Author creates a unique and interesting world with just the right amounts of Good vs. Evil, magic, otherworldly beauty and fantasy. Most of all though, I'm a real sucker for a forbidden love story. I never expected to get so much from this book. I'm glad I was wrong. You will be too.
Publisher-Coscom Entertainment
Reviewers Rating: 4.5 Stars
Reviewed by~Mechele 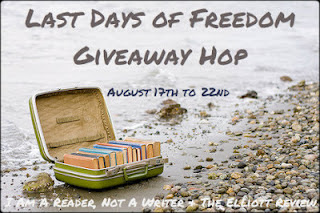 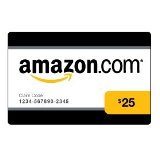 Summary-
Your mother hollers that you’re going to miss the bus. She can see it coming down the street. You don’t stop and hug her and tell her you love her. You don’t thank her for being a good, kind, patient mother. Of course not—you launch yourself down the stairs and make a run for the corner.Only, if it’s the last time you’ll ever see your mother, you sort of start to wish you’d stopped and did those things. Maybe even missed the bus.But the bus was barreling down our street, so I ran.Fourteen kids. One superstore. A million things that go wrong.
In Emmy Laybourne’s action-packed debut novel, six high school kids (some popular, some not), two eighth graders (one a tech genius), and six little kids trapped together in a chain superstore build a refuge for themselves inside. While outside, a series of escalating disasters, beginning with a monster hailstorm and ending with a chemical weapons spill, seems to be tearing the world—as they know it—apart.
Review-

Monument 14 is a book that keeps you on your toes and has you wanting more. When I was done with this book I wanted more. Laybourne has written something that could appeal to many different audiences. Monument 14 is something everyone should read.
Publisher-Feiwel & Friends
Reviewer Rating: 5 STARS!!!
Reviewed by~Destiny Beaudoin (Student at Franklin High school)

~Thank you to the publisher for the donation of this book to the Read for your Future book program!~
Read more »
Posted by Read for your future! at 8:48 AM No comments:

Summary-
Ferris Bueller meets La Femme Nikita in this funny, action-packed young adult novel.
It’s prom night—and Perry just wants to stick to his own plan and finally play a much-anticipated gig with his band in the Big Apple. But when his mother makes him take Gobija Zaksauskas—their quiet, geeky Lithuanian exchange student—to the prom, he never expects that his ordinary high school guy life will soon turn on its head. Perry finds that Gobi is on a mission, and Perry has no other choice but to go along for a reckless ride through Manhattan’s concrete grid with a trained assassin in Dad’s red Jag.
Infused with capers, car chases, heists, hits, henchmen, and even a bear fight, this story mixes romance, comedy, and tragedy in a true teen coming-of-age adventure—and it’s not over until it’s “au revoir.”
Review-

I loved this book!! It kept my attention from beginning to end! This is an amazing piece of literature. I literally picked it up and didn't put it back down until I was finished reading it. I would recommend this to anyone.
Published by-Houghton Mifflin Books for Children
Reviewer Rating: 5 STARS!!!
Reviewed by~Destiny Beaudoin (Student at Franklin High School)

~Thank you to the publisher for the donation of this book to the Read for your Future book program!~
Read more »
Posted by Read for your future! at 7:55 AM No comments:

Summary-
While most students at Burtonwood Academy get to kill demons and goblins, fifteen-year-old Emma gets to rid the world of little annoying fairies with glittery wings and a hipster fashion sense. She was destined to be a dragon slayer, but cute and charming Curtis stole her spot. Then she sees a giant killer fairyÑand it's invisible to everyone but her! If Emma has any chance of stopping this evil fairy, she's going to need help. Unfortunately, the only person who can help is Curtis. And now, not only has he stolen her dragon-slayer spot, but maybe her heart as well! Why does she think it's going to be a fairy bad day?
Review-
This book was well-written and kept my attention. At first I was skeptical because it's not normally something I would read but the book turned out to be one that I enjoyed. It was definitely a good read.
Published by-Speak
Reviewer Rating: 4 Stars
Reviewed by~Destiny Beaudoin (Student at Franklin High School)