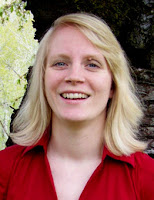 Today we have Jill Williamson stopping by to pay us a visit about her new book Replication: The Jason Experiment which came out December 27th 2011. And it is published by Zonderkids.

1. How did you come up with the concept for this book?
I was riding in a car through upstate New York with my sister. We were going to pick apples. We passed endless amounts of ranches, orchards, and farms. It got me thinking. What if there was a farm where they grew people? Clones. It could be called Jason Farms. And that’s where the idea for the story came from.


2. How did you come up with the names for the characters?
It depends. Martyr was easy, since I had decided that the guards would nickname all the clones based on their personalities. I chose Abby’s name because I liked it. I have a baby name book and a Los Angeles phone book that really help me when I’m looking for first or last names.

3. How much are you and the characters alike?
Not too much. I try to create characters that are unique, though it’s easy to put myself into their reactions, especially when they are dealing with situations that I have been through.


4. Do you read a lot and what are you reading now?
I read a ton. Right now I’m reading a book called H2O. It’s pretty interesting so far.

5. What made you decide to go Young adult?
My husband is a youth pastor, so we have been hanging out with teenagers for the past fourteen years. I adore teenagers. We have shared many books over the years, but I felt like—at the time—there was a lack of books for teens with Christian main characters. And since I worked with Christian teenagers, I wanted to write books for them. That has always been my goal, and I don’t know why I would write for any other age.


6. How did the cover come about?
The cover was designed by an artist who works for the publisher. I was able to provide suggestions and inspiration, but everything was decided by the artist and my publisher.

7. So what is your next project and when is it due out?
My next book is about a wild child who gets recruited to train for a teen spy program. He’s not so good at following rules, though, and gets into all kinds of mischief. That book is called The New Recruit and will come out in October 2012.


8. Do you have a daytime job or are you a full time writer?
I am a full-time writer, though it doesn’t really provide full-time pay. It might someday, though. *crosses fingers*


9. How did you get into writing novels and were you worried about people’s reactions to your books?
Like I mentioned above, I wanted to write a book for the teens in our youth group. I did worry a little and still do sometimes. There are all kinds of Christians out there. Viewpoints vary greatly on what is “appropriate” for Christian teens to read. Well, I wanted to write books that were as real as possible but had a Christian character in there somewhere. That makes my books a bit controversial because some people love that, some hate it, some aren’t bothered at all. I never know how someone might react to my stories. *shrugs*

10. One last thing do you collect anything personally?
I collect Barbie dolls. Not so many new ones these days. But I have a small collection of dolls that I kept in their boxes. Sometimes I like to get them out just to look at them. They’re all very specific dolls, too. I have some Disney villains that are amazing; they look so much like the cartoons.

Find Replication here
Goodreads
Amazon
Barnes and Noble
Enter the giveaway HERE!
Posted by Read for your future! at 10:35 AM