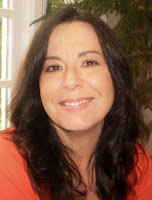 We have Rysa Walker with us today. Thank you Rysa for being here.

1. How did you come up with the concept for this book?
I read a lot of historical fiction as a teenager that didn't get the history right. I didn't realize that at the time, but when I headed off to college it became clear that most of the books were more fiction than history. In the rare case that they got the history right, the story was usually boring. And I have always loved science fiction and fantasy, especially time travel, so this story line was really a natural for me.

2. How did you come up with the names for the characters?
Kate was Prudence Katherine Pierce-Keller from the beginning. I'm not sure why, but the name just sort of popped into my head. Katherine's name, as well as Prudence's, stem from the same source, so they were easy. Other character names were a matter of trial and error until I got one that I liked. I knew someone named Trey a long time ago. He wasn't nearly as yummy as this Trey, but I liked the name. And I have a soft spot for Celtic names – all of my sons have names that are much more common in Ireland than in the U.S.

3. How much are you and the characters alike?
I guess there are a few traits that I have in common with Kate, as well as her mother and grandmother. Like Kate, I am a big fan of coffee. I love The Princess Bride and really good onion rings. I couldn't manage a karate kick to save my life, however. Like Kate's mother and grandmother, I teach history. And maybe there's a trace of me in Connor as well, because I occasionally have to pick pretzel crumbs out of my keyboard.

4. Do you read a lot and what are you reading now?
I read constantly. My Kindle goes everywhere I do. I've been known to sneak in a few pages in the drive-thru at Starbucks. I read while I exercise. I sometimes read in line at the grocery store. I am a certified book nerd.

5. What made you decide to go Young Adult?
I read a lot of YA books. It started with the Harry Potter series and then I moved on to a few others and it occurred to me that many of the books I have enjoyed most, throughout the years, have been ones with a teenage protagonist. Another reason I read YA is that I have two boys who are tweens and I'm the "pre-reader" who decides whether a book is a good fit for them. They're approaching the point where I probably don't need to do that, but I'm hooked on YA now and sharing books cuts down on the cost. That's important when you go through several of them a week!

6. How did the cover come about?
I wanted something that conveyed twisted time. I've done a good bit of graphics work in the past, so I decided to do it myself. I had a photo of antique clock and there's this cool effects filter on Photoshop that does the twisting. The photo on the back is a historical photo from the Exposition that I tweaked a bit. I've had mixed reactions to the cover, but overall, I'm pretty happy with the way it turned out.

7. So what is your next project and when is it due out?The CHRONOS Files series will have three books and at least two novellas. The first of the novellas, which will probably be entitled Time's Echo, should be out at the end of the summer. It looks at the events leading up to and during part of Time's Twisted Arrow, this time from Kiernan's perspective. The second full-length book, Pendulum Past, should be out at the beginning of 2014.
All of that could change, however, if my luck holds and I move on to the next stage of the Amazon Breakthrough Novel Contest. If that happens, the publisher will be calling the shots on release dates.

8. Do you have a daytime job or are you a full time writer?
I do have a day job – I am college professor who teaches history and government online. So my writing is squeezed in during the summer, when my schedule is a bit more relaxed, and in the wee hours of the morning. My problems with insomnia are something of a mixed blessing, I guess. :)9. How did you get into writing novels and were you worried about people's reactions to your books?I've always written fiction as a hobby, but only began to focus on it recently. Most of my writing has been professional writing, academic articles and other non-fiction. But every now and then I would pull out a story and work on it for awhile. A few years back, I started devoting more time to the fiction side of my writing and realized that I'm a much happier person when I have that creative outlet.

I did worry a bit about the day job and my writing crossing paths, so I write under a pen name. (My real last name is also wicked hard-to-spell!) But in many ways, the two are complimentary. One of my goals in writing fiction is to show readers that history can actually be interesting and I pull in a lot of historical sources in my writing. Since schools are now focusing on teaching students to write with primary sources, I recently put together a free video module, Time Travel 101: Writing with Primary Sources, for use in middle and high-school classrooms. The idea is to introduce students to the concept of primary sources and show how they are used, not just in research assignments, but also in creating more believable and interesting fiction.
10. One last thing do you collect anything personally?
Anyone looking at my house would say that I collect books, but reading is really the hobby and the books are just the physical result. And I have fewer of those around since I got my Kindle a few years back. I do have a small collection of small espresso cups that I've gotten over time. And there's a huge collection of Webkinz in my house, but those belonged to my kids. At their current age, they find them very embarrassing and would cheerfully throw them all away, but I can't bear to part with them because I remember how much fun they had playing with them when they were little, even if you'd never, ever get them to admit it today!

For more about Time's twisted arrow:
Goodreads
Amazon
Posted by Read for your future! at 4:10 PM