Guest Blogger: Lisa Walsh on The Best Young Adult Novels to Go Out of Print (and the Author Who Wrote Them) 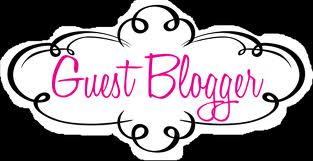 
It seems that everyone these days has got a problem with teen fiction. It’s too dark, it’s too sweary, it’s too violent, cry concerned parents and columnists. But is that really a problem?  Books like The Hunger Games, while being violent science fiction, manages to explore love for family, with a strong female protagonist who maintains the moral high ground. More than movies, books present safe places to explore difficult issues. In a movie, a disturbing scene begins with an alarming and dramatic flare of music, fills the screen with difficult imagery for a moment or two, and is gone. The viewer is left with memories of something, but what? Books allow us to confront our fears and turn them over in our minds. We read at our own pace, and can put the book down whenever we want. We can flip a few pages back and go over something that gave us difficulty. While reading, we are not manipulated to feel something by music, we just have to come to terms with what we read based on our own experience.


The American writer Patrick Ness thinks it would be “irresponsible” for such fiction to ignore the darker side of life. When interviewed on the subject he said “I always think if you tell the truth about what's difficult, that their lives can be dark and hard, then when you then tell the truth about what's good, love and hope and friendship, then they listen to you and take it more seriously because you haven't lied about what's difficult." Darkness in young adult fiction is not even a new thing. To Kill a Mocking Bird discusses rape, Catcher In The Rye revolves around mental illness, Lord of the Flies features terrible acts done to children by children. Some of the best young adult fiction from the last thirty, forty, fifty years, is incredibly dark. Perhaps this is why it resonates. Some of this great fiction is out of print now, which is a shame, but with many options for finding books online, you don’t have to be limited by whats on the shelves at your local Barnes & Noble.


John Christopher (the pen name of Sam Youd) might be the darkest writer of young adult fiction that nobody has heard of. In the sixties, seventies, eighties, and nineties, he explored dark futures and troubled teens. Here are a few of his best.


If you’re lucky, this might still be on the shelves of your local bookstore, but it’s more likely that you’ll have to look online. The Tripods Trilogy explores a future where life seems to have returned to a pre-industrial ruralism. Humanity is in the sway of tripods, massive metal machines which came to earth many years before and now stalk the landscape. Adults are “capped” with metal wire skullcaps which deaden their feelings and make them easily traceable. Will, the main character of the novels, leaves his village on the eve of his capping, and makes for the French Alps where there are reports of a growing rebellion. The morality of John Christopher’s characters is very complex, and most of the people in his books are morally compromised in some way. Will must steal to survive, commit acts of violence against friends, and earn people’s trust with the intent of betraying them. He must cut tracking devices from his body with a knife, and make heart-rending decisions.


Nothing is simple in John Christopher’s novels. In one chapter of the Tripods Trilogy, Will is  captured and forced to work by an old man who lives alone in the middle of a river. We, as readers, root for Will but it is difficult not to feel for the old man when Will steals his boat, condemning him to drown in the river or starve on his island.


John Christopher specialized in flawed protagonists, and Luke, the main character of The Sword of the Spirits books is the best example of this. Luke is the son of a prince in another dystopian future. This time the world has been ravaged by volcanoes and earthquakes which humanity has blamed on the advance of technology. Everyone lives in a medieval feudal system where towns fight towns and worship the Spirits - dancing lights with prophetic abilities, which appear in darkened spaces. It turns out that technology is not dead but is only underground. Scientists, who control the Spirits, which are merely projections, have a plan to unite the torn-up world by leading one prince to victory over all the others. They choose Luke, and they choose badly. Luke is selfish and arrogant, testing the loyalty of his friends, and fearing betrayal at every turn. His unhappy decisions lead the books to a sorry end. Along the way friends are killed, fathers beheaded, pregnant mothers are electrocuted in baths, while Luke and the scientists pursue their goals. Few modern writers of young adult fiction have the courage to present us with such an unlikable main character.


Neil, the main character of Empty World suffers post-traumatic stress following the car accident that killed his parents and siblings. He lives a detached and unsocial life but doesn’t have time to recover before a new illness begins to prematurely age, and then kill, everyone around him. In the empty world that remains Neil meets survivors who all seem to have been mentally unbalanced by the disaster. In London he meets Clive, who is immediately friendly, but who robs him during the night and abandons him. Clive must pick his way around suicide victims before finding two girls, one of whom falls in love with him while the other tries to kill him. The books is remarkably anticlimatic but revolves around the decision of whether or not to unlock a door: to forgive someone and let them live, or condemn them to die.


If nothing else, the marvelous and troubling books of John Christopher show that dark teenage fiction is nothing new. Many of John Christopher’s characters object to censorship and the controlling of thoughts, and isn’t this what happens when we limit what young people read? Parents might say it is a matter of “taste” but this is a small word when what is really on the table is the freedom to explore. You could do worse than to explore the difficult and engaging novels of John Christopher.

~Thanks to Lisa for stopping by and sharing her thoughts with us!