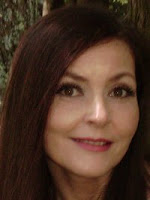 Hi Today we have a special guest Author Lisa Grace (Angel in the Shadows series) stopping by our site to say hello and tell us about her and up coming project. Stay tuned for an Ebook giveaway at the end of the interview!


1. How did you come up with the concept for this book?
I love books about the supernatural. There are so many about vampires; but hardly any of the books out there deal with the supernatural from a biblical point of view. Angels and demons are mentioned over four hundred times in the Bible. Other supernatural creatures are discussed too. Few of the books make it cool to be human. We have a soul and a spiritual war is going on whether we choose to “see” it or not. Our soul is important. I think this is a frightening and awesome prospect. I also wanted to confront the issues teenagers are facing today, drugs, sex, teen pregnancy, abortion, etc... The Angel series characters are dealing with these problems head-on.

2.How did you come up with the names for the characters?
No special thought really. I picked names I thought fit the characters. I have a joke where I say I throw a dart at a ripped out page of the phone book and that is actually how I pick out my names.

3.How much are you and the characters alike?
Megan is what I would have liked to be like in high school. I was a nerd who was involved in drama, choir, & student government. I do drink coffee, and I loved going to a Christian camp in the summers, so we do have that in common.

4.Do you read a lot and what are you reading now?
Yes. I've always loved to read. I just finished Dan Zarella's Zarrella’s Hierarchy of Contagiousness The science, design, and engineering of contagious ideas. It's a book about the science behind social media. It's the nerd in me coming out. Because I have to do almost all my own marketing, I need to know what works and what doesn't as far as the Internet. I am also reading Malcolm Gladwell's The Tipping Point, and my friend and author Tommie Lyn's supernatural Christian thriller Tugger's Down.

5. What made you decide to go Angels?
I think my tag line says it all, "The difference between vampires and angels? Angels are real." I loved books about the supernatural when I was growing up. I want to give young adults a realistic view of how the supernatural is impacting your life on a real day-to-day basis, but in a fictional setting so everyone can relate.

6. How did the cover come about?
My publisher hired a cover artist. I had a couple of meetings to discuss my concepts for the cover. I went to the bookstore and talked to a clerk who had a degree in graphic arts specializing in book cover design. She showed me the psychology behind book covers and gave me a lot to think about. I knew I wanted the evil angel on the front, and I wanted a realistic looking wing. I also wanted him to have piercing blue wolf like eyes.
Nowadays, it is very important your cover look good as a little Kindle or iPad icon.

7. So what is your next project and when is it due out?
Well, I have three. First I'm in negotiations with a movie producer who wants to turn Books 1 & 2 into a major movie. I will have Book 3 in the series, Angel in the Ice, releasing November 1st, and I have a history mystery novel for adults coming out in November called The 15th Star. It's a made-up account of what I think happened to the real 15th Star that is missing from the Star Spangled Banner that flew over Fort McHenry during the War of 1812. It's been compared to National Treasure meets 1776.

8. Do you have a daytime job or are you a full time writer?
I don't make enough money yet to support myself writing, but I have a supportive husband who is willing to work while I write. Now I am in talks with a movie producer, and with two more books coming out before the end of the year, I could be making a living within the next year.

9. How did you get into writing novels and were you worried about peoples reactions to your books?
I've always been writing, but I never tried to get published. My first book I submitted was accepted and published, Angel in the Shadows, Book 1. I am self-publishing the eBooks myself.
I was working as a musical theater director at a dance studio, plus being a full-time Mom to my four-year-old daughter, volunteering at a Crisis Pregnancy Center, teaching Bible classes to teens at my church, and being a wife, the only time I had to write was between 10pm - 2 am every evening. I wrote 2,000 words a night. I thought I had a unique idea as far as keeping the books grounded in the real supernatural we know from the Bible, yet make the adventures as exciting as anything you would find in the Twilight series or Harry Potter.


My husband Todd was excited when I finished my first book and showed it to him. He is my biggest fan, my first editor, and he helps by telling me where I need more action in the books.


As far as what people think, I want to urge your readers to follow the Ten Commandments and love your neighbor as yourself, and then don't worry about what people think. When people try to put you down, that doesn't say anything about you, but it speaks a lot about their own low self-esteem. Avoid negative people, do what you were meant to do and follow your passion. I've found many people who tell me what I "should" do, or people who like to deflate my balloon when good things happen, are actually jealous. Don't let them stop you.

Your readers can email me at lisagracebooks@yahoo.com and don't forget to go to my web site and register in the contest to win a free iPad2. Just register as an "Angel Friend" at http://www.lisagracebooks.com and you are automatically in the contest.

Lisa Grace
Angel In The Shadows - Book 1, Angel in the Storm, Book 2 at Amazon.com
The difference between vampires and angels? Angels are real.
AOL's recommended Christian alternative to Twilight series:
http://shopping.aol.com/articles/2010/05/07/top-ten-most-challenged-books/

Thank you so much Lisa for stopping by and letting us get to know you a little better.
You can get Lisa's first book on Amazon right now HERE for .99 cents.

GIVEAWAY
Fill out this FORM
Extra Entries:
1) Be friends with Lisa on Goodreads
2) Register to be a member on Lisa's website
3) Spread the word about this interview and giveaway
Ends 9/30